I wanted to feature a guest blog post written by my colleague, Kerry Hosmer. Kerry team teaches an American Humanities Seminar that combines AP Language and Composition and AP US History in a double-block format. She recently used Flipgrid as a way to mix up literary analysis by empowering students to exercise critical thinking (and concision) as they “talk back” to characters after pivotal plot points in Mark Twain’s Adventures of Huckleberry Finn.

As technology coordinator, projects like these – that emphasize a shift in lesson design & empower students with a stronger voice in the classroom – are what it’s all about for me. I wanted to share the inspiration with a wider audience, so I’m excited to have a chance to showcase Kerry’s work here!

My American Humanities Seminar was midway through Mark Twain’s Adventures of Huckleberry Finn, and I felt the predictability of the class cycle. Students would read a couple chapters, come to class, complete a quick reading check, and then we would dive deep and analyze Huck’s moral progression (and regression) taking place along his journey on the Mississippi. Dissecting key passages in discussions and writing involved practicing critical skills, but this night’s reading involved an intense ethical dilemma for Huck, and I wanted my students to engage in a new way. The societal expectations of the antebellum South bore down on Huck as he considered turning in his companion, Jim, a runaway slave, to a group of slave hunters. I knew my students would have a strong reaction to this crisis of conscience that Huck experiences, so I turned to Flipgrid. Students read the chapter that night, but rather than organizing notes for focus questions, they reacted to Huck’s quandary through speaking directly to Huck and sharing their thoughts. I asked them to speak about a specific aspect of the reading that stirred a reaction in them and give advice to Huck. The results were fantastic! In a ninety second recording, my students showed me they understood characterization, conflicts, and thematic connections. With concision a must, they made each word count. Some spoke to Huck like an older sibling, gently guiding him to be true to himself. Others chastised him for being foolish and almost betraying the most nurturing figure in his life. I loved how their personalities shone through in their recordings. One student, Kolin, leaned in towards his computer at home and acted like he was a friend pulling Huck into a heart-to-heart, a “let’s get real” moment. His sincerity made time collapse; instead of a 2018 teen talking to a boy of the 1840s, the talk became an adolescent giving advice to a friend. Students’ willingness to bring authentic tones to their “talk back” recordings resulted in something I had not anticipated. As I scanned through and checked posts the next day, I realized that most all of the recordings had multiple viewings already. Students were curious about what others had to say and enjoyed listening.

I decided to implement Flipgrid again near the end of the novel, where Tom Sawyer’s endless antics in the mission to “free” Jim cause a great deal of frustration in the reader. This time, however, I placed students into groups of four in class and gave them fifteen minutes to come to a consensus about what they wanted to say and talk back to either Tom or Huck. Students then had to collaborate and each take a speaking role in the recording. I was delighted as one group chose to speak in unison to open their recording by yelling “Tom! What are you thinking?” We opened the next class with a viewing and debriefing of the class videos and used the recordings as our launch into discussion–all student-centered.

My students reflected on using Flipgrid to analyze and process our reading, and their reactions were enthusiastic. They appreciated having a more casual format for voicing their thoughts about the literature. Creativity emerged in the “talk back” scenario that would not have in a normal class discussion. Ultimately, I see great potential for speaking skills development. Ninety seconds of concentrated time works well for eradicating verbal pauses and “likes” and “sort ofs” from my students’ speech.

Typically, in a discussion, students can get distracted by their own thoughts as they wait to participate and completely lose the thread of a conversation. This intense focus can lead to missing out on valuable insights from their peers. At times, students can feel shut down when a discussion strays from their idea. Flipgrid allows all students to express their initial thoughts before the larger class discussion influences them. In addition, students who typically observe rather than participate are now set up to actively engage in the conversation.

In English class, we always tell students to write in present tense because any time you open the book, the story is taking place. Why can’t this be the same in how we react to what we read? Engaging at the time of discovery in a novel, instead of waiting 24 hours for class time, carries incredible benefits for both teacher and students. Student reactions carry the vibrancy of early discovery, emotional reaction, and critical questioning. Opinions are forged before arrival, and that deep dive we strive for as educators has begun before students even step into the classroom. 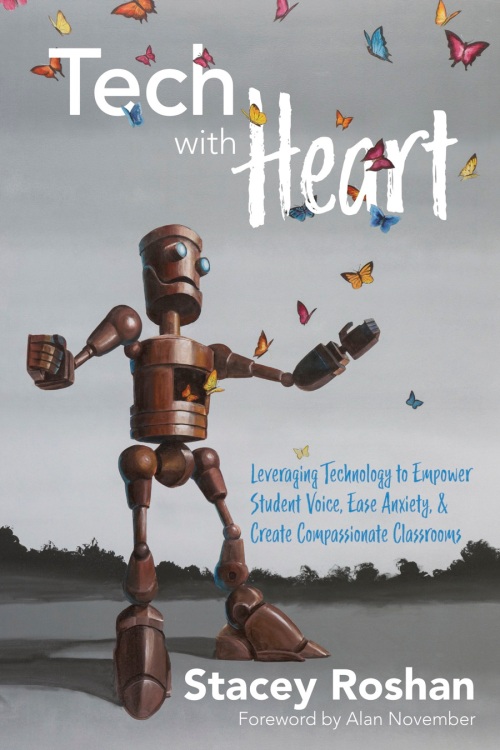 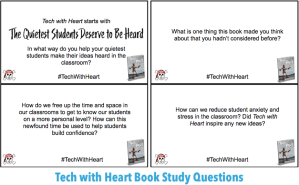 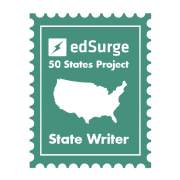 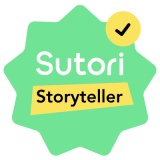